!!!!!This is only English version of interview, which was printed in CREMATION zine issue 13!!!!!

Why did you decide to start your group? I have a feeling that your inspiration is not from this world (smile). Where do you find ideas for your music?

Yony: This question is easy and difficult to answer at the same time. We create music because we have some kind of inner need to do so. Some people speak through writing poems, novels, some paint… other create classical music… it all depends on your individual abilities, the way you use your inner tools given by fate. Basically a lot of things inspire us, but it’s hard to list them. It’s not like that you see a sunset or dead birds and afterwards you decide to write a song. Sometimes it just appears in your head and then you transfer it to you instrument, sometimes you just play – and then you can bleed out 10 seconds of a riff, or 26 minutes of a song. You never know. I don’t know where it comes from. It just happens.

So making music mean to you...

What are the musical roots of band members?

I can answer for myself so… Tony Iomii, 60’s, but my main inspiration are years when I grew up, the 80’s. So let’s name it – Iron Maiden, Saxon… Also I’ve got interesting story with Judas Priest. I always thought of myself as a very big fan of Maiden, but suddenly, one day, it occurred that I’ve got whole Judas discography, and not much after Seventh Son. Guess that CD was end of some kind of era. The one that suited me most. Right now I basically listen to all “post” stuff (mostly hated nowadays, hah). That means Isis, Cult Of Luna, Minsk. ‘New’ black metal like Blut Aus Nord, Mord‘A’Stigmata or Thaw. On the other hand I dig stuff like Chelsea Wolfe, Bjork… Olo loves ‘never too old’ stuff like Pink Floyd, Led Zeppelin, Pantera or Machine Head. Blady and Wielebna are sworn trve black metal fans and our drummer, Werbel, like some electronic stuff and… Amenra. So as you can see we listen to it all ;)

Music market is pretty hard and it's little wonder that I just met with your production. I saw you live once and you have impressed me. How do you feel about the fact, that you are relatively young group, and the media and fans have taken very positively your debut "Anaesthetic Inhalation Ritual"?

On one hand it’s very encouraging when you see that your doing meets such a great response, but it has some flaws obviously. The biggest one are high expectations and big pressure connected with them. You release first CD and hear ‘WOW’. You release the 2nd one and hear “WOOOOOW!”. Making the third can be a bit tricky at this point, because you start to think “fuck, what if it will be worse?”. But we try not to think in this way. Always created music that we’d like to hear and up to this point it was rewarding. That’s why we keep on going with the same attitude.
Your start was very fast. The proof of this is fact, that you won the “New Blood Award” in 2012, an award for newcomer-bands hosted by the famous German festival "Summer Breeze Open Air". Help you with something this victory?
I believe that’s the biggest reason we have such great fans in Germany! But it’s didn’t end up with deal with Nuclear Blast if you ask :D 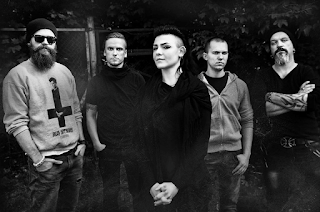 Your concerts are full of indescribable atmosphere. How do you feel contact with fans at live shows? What do you prefer, open air fests or club gigs?

I wouldn’t call it ‘a contact’ during live shows, rather some kind of subconscious interaction. Sure we try to make some contact after the shows – then we’re ordinary people, like everyday. But during the shows we’re different, emotions we share with the audience are special and reserved only for our ritual time, when we perform. It’s a aforementioned katharsis. We are one as a band. One with the music. And as one we ‘speak’ to the audience, try to show them something different and unique. Pure emotions, without words and thinking. We let them absorb our message and fell it. About the show preferences – those are two very different tales. Open air gigs are nice, but we really prefer to perform them after the sunset – so that the message is more clear and precise. We love to play clubs gigs – interaction with the audience is more personal, you can always control the visual aspects of the shows (like light) and those are not big festivals, so often we’ve got more time to share music.

Your second album "Void Mother" moved band to the next level. It was 2 years ago... How would you describe this album in your own words? Are you satisfied with it and meet all of your expectations?

It was definitely more polished than AIR. First cd was mostly recorded at home, second is a proper recoridng studio, without breaks for family dinners, shopping and “today I’ve got no time, gotta spend some time with my GF”-things. In a musical perspective it was also different as we had new musician on board, that why we still learned each other, there were different emotions, different energy – just because Olo is quite different person that Bartek, our former guitarist.

I know it will be difficult, but try for a moment to let the audience into the world of OBSCURE SPHINX. What are your lyrics about?

This question is for the audience itself. I think that everybody feels it in an individual way and me explaining it to you wouldn’t make big sense.

If i´m right, yours first albums you released in your own. Do you think you are going right way when self-release your albums? Where is a problem that you are not under major label? I think more people would have found their way to your music.

In Poland none of our „biggest” players wasn’t interested. But we don’t regret it, in fact were quite happy with how things turned out. At least we didn’t end up like my friend, who went to a ‘new cd release’ tour without this cd because this label pressed 2000 copies and then didn’t give a fuck about it. If we run out of cds we just order additional ones. We also earn quite different money after selling them – that helps us to go on tour without need to pay for gas or beds from our pockets. The only drawback is distribution – if we do it DIY we haven’t got such big amount of contacts as labels do. So let’s put it this way: we wait. We hope that someday we’ll meet some one, who will be a good partner to work on some great ideas to share our music. If not – we’ll survive and still walk our path. Neurosis is able to do that, right? :D 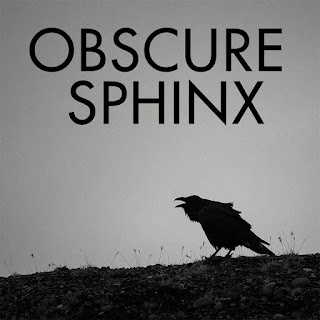 What about your line up? You don´t have during your existence personal problems?

No, apart from the love for our mutual creations, we’re friends and simply like each other, and like spending time with ourselves. Of course, we’re just people so there will always be some kind of problems, but we find propers solutions all the time they’re needed.

You have just finished writing the material for your third record. Can you please uncover some more details?

Right now, when I’m writing these words we’re in the studio and record new sounds. We plan to release it some time in March / April 2016. Musically...? Well... There’s some kind of evolution, but at the same time there Obscure Sphinx spirit present. People will tell ;)

How you can solve the promotion? Under the label or self release?

We do it by ourselves, because as you mentioned before, we don’t have a proper label. What will future bring? Who knows... We’re in the middle of some negotiations and dialogues, but we’re not sure how will it end. We shall see.

Is there a possibility, that sometime in the future we will hear the male vocals in your music?

Olo recorded some stuff on Void Mother, this time he’ll do it again, maybe even more than before.

How music affects you in everyday life?

My life was always more less connected with music. That’s why I cannot imagine living without it. It’s very important for me as it was present in many difficult situations. Sometimes it helped, sometimes it provoked, but it was always a part of me. I’m glad that right now I can express myself in Obscure Sphinx’s rituals. It makes me who I am. 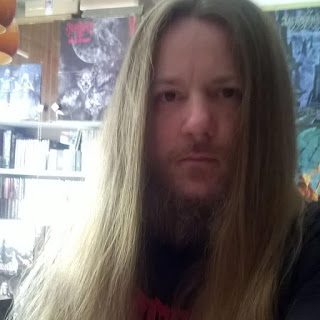 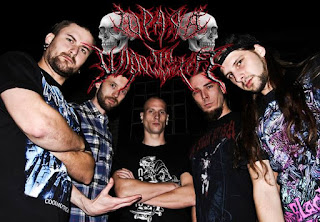 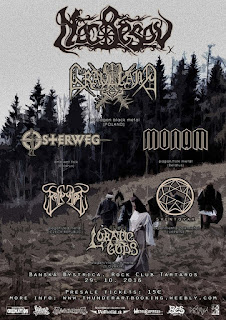 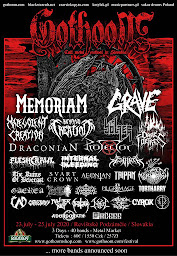 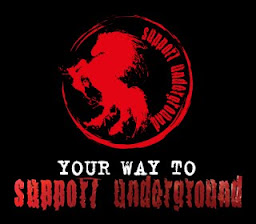 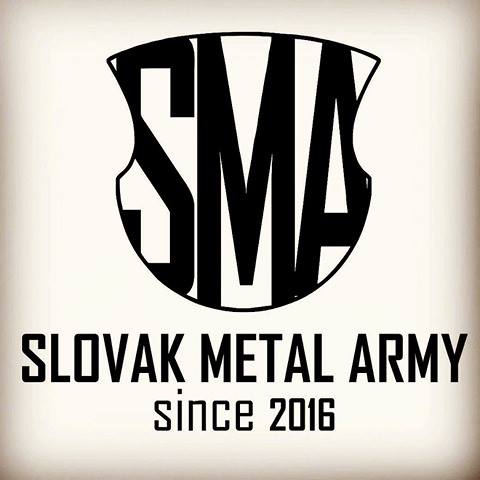 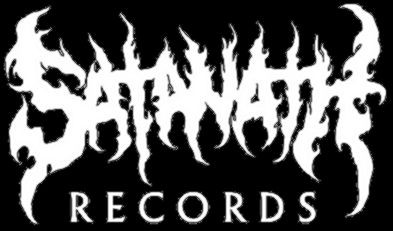 NICE TO EAT YOU RECORDS